Join 1,072 other followers
Follow The English Introvert on WordPress.com 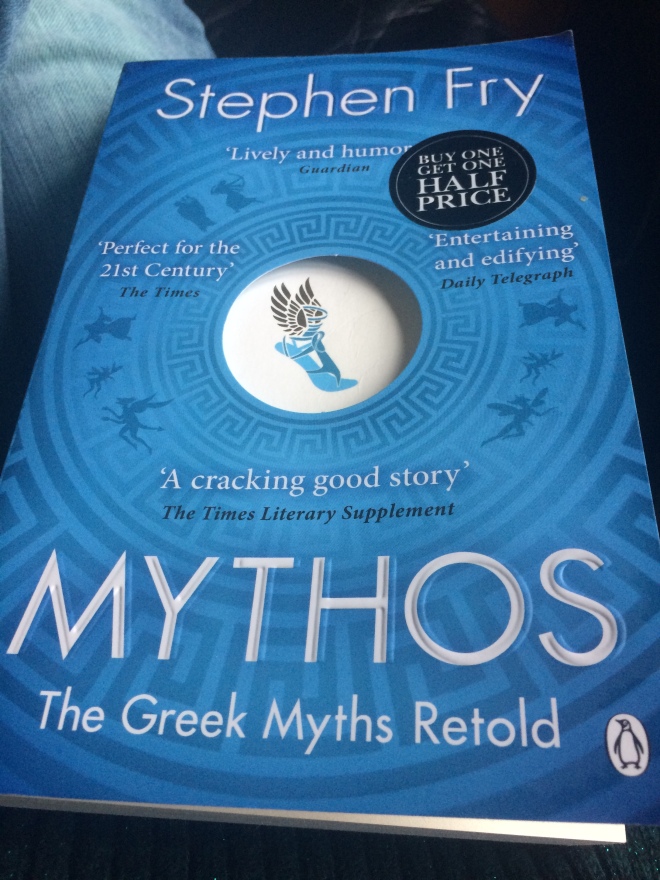 I’ve been reading his retelling of the Greek myths and there even more fascinating that I expected. Most of us are raised on them so we know the principal gods and some of the adventures they got up to. This contains how all the different gods, goddesses, Titans, titanesses, nymphs, dryads and every other creature came to be. It gives their family tree, the stories of their birth and what they were responsible. It also explains how we get many of our words and how these words are also still present in the Greek language today. It’s written in a very amusing way that you would expect but also an intellectual one. A student of history or classics will love this just as a person studying languages, art, philosophy or just Greece and its people in general. It just goes to show that facts are forever reinterpreted by different cultures but that doesn’t stop them from being true. Or being based on real life events that previously we may have doubted since there only record was in religious texts. This is the best book I’ve read for a long time and I would most certainly recommend it.

One thought on “Mythos by Stephen Fry”