Join 1,073 other followers
Follow The English Introvert on WordPress.com

(Patrick) Lefkáda Hearn or Paddy Hearn as he is also called is another famous Lefkás poet that also made a life for himself that is well documented in an exhibition dedicated to him in the Cultural Centre. It’s free to enter and it’s open 8am-3pm every day.

He lived in many places during his life including Britain, Cincinnati and New York in the United States, the Caribbean and finally settling in Japan. He loved Japan to the extent he also has a Japanese name Iakumi Koizumi. 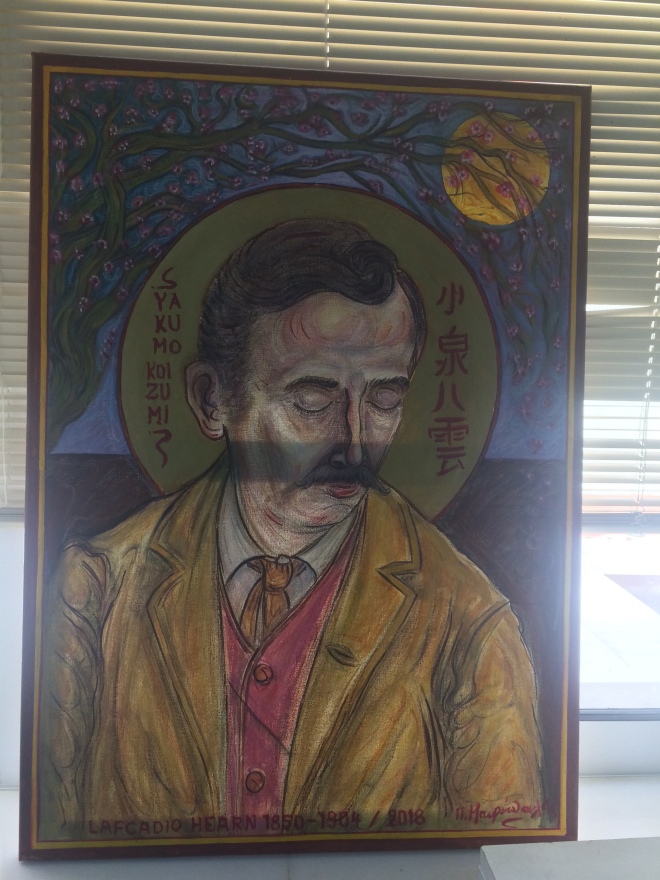 These pictures are upstairs in a room dedicated to Takis P Efstathiou at the Cultural centre. It’s a part of the floor dedicated to the yearly folklore festival not in his exhibition downstairs. This next image is why.

Lefkáda Hearn taught English and literature while he was living in Japan and wrote many books about Japanese fairytales. He was quite a prolific author and there are copies of all of his work on display when you visit. I have now managed to get hold of his Japanese ghost stories from penguin but his life story is a bit different to the version told here or on Wikipedia.

He converted to Buddhism while he was over there and married a Japanese wife Setsuo. The couple had 4 children together, 3 boys and 1 girl. He died relatively early in life at 53 having been complaining of heart and chest trouble.

This is a poem dedicated to him inside the Takis P Efstathiou room mentioned earlier.

This is a statue by his Japanese great granddaughter to commemorate his life.

He is another poet that has a statue in the waterfront garden in Lefkás town known as Poets square. 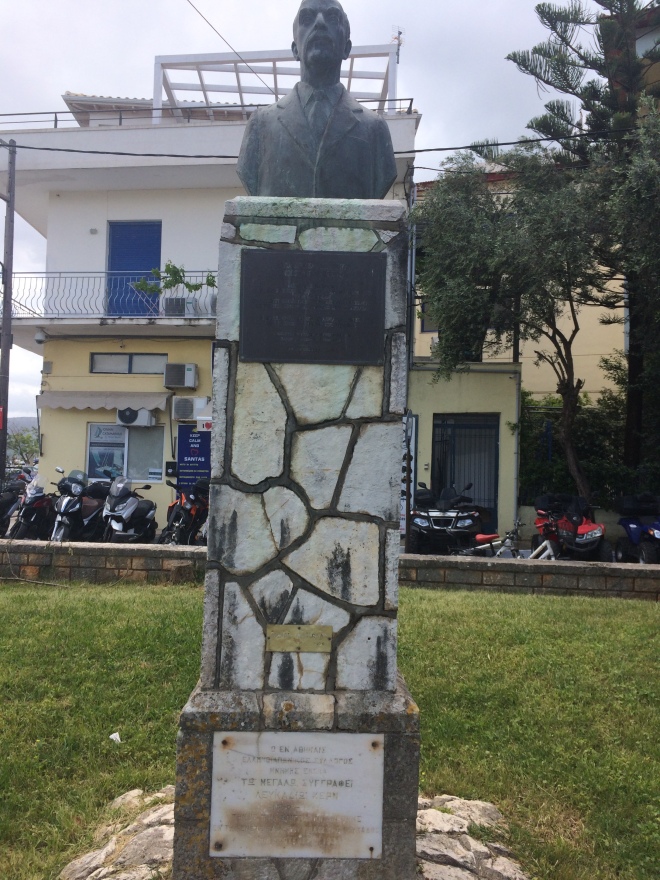 He has a picture of himself in the Lefkádian National Library

Here are directions to the Lefkás town museums including the Lefkadia Hearn exhibition.

Finally he has a street named after him in Lefkás town completing the trinity of statue, museum and road.

Here is what Wikipedia has to say on the matter which is woefully inadequate once you have absorbed all of the material on offer at the Cultural centre which is what I have now done. Lefkadia Hearn.

This is the third of my posts on famous Greek but mainly Lefkádian poets as I have also covered :-

The bonus post is one on Sappho by Sententiae Ancientae.

Other series include Greek Authors, Painters, Musicians, Famous Greeks, Rural Villages in Lefkás and Foreigners who have become interested and or benefited Greece in some ways. All the links can be found here Series links.